If you have been to Chijmes in Singapore, it is going to be hard to believe that this white historical building was once a Catholic school for girls. Constructed since the 1800s, Chijmes is well located at Victoria Street in Singapore’s central business district. As you enter Chijmes, you can experience that Chjimes feels like an enclosed village filled with artistic and Christianity atmosphere.

If you are wondering, Chijmes is pronounced as “Chimes”

Nicole thought that it might be a good idea to spend our evening in Chijmes to experience the culture & the artistic aura. So, with our DSLR camera & tripod, here we go. Chijmes is just located beside City Hall MRT.

For tourists who need directions to Chjimes

Here are some photos of Chijmes. Chijmes looks beautiful, right?

We also found out there is some props display at the main area for photography.

Here are more photos I took

We visited Chijmes during evening time, however, I do recommend visiting Chijmes at night too. At night Chijmes will “lighten” up with romantic orange lights (just like Paris) and begin buzzing with activities and music. There are also many pubs & restaurants inside Chijmes for people to chill out at night. It’s definitely worth checking out.

After strolling & exploring Chijmes, and taking photo shoots, this pretty wrap up our evening at Chijmes. In a nutshell, Chijmes is a beautiful place to visit in Singapore! Make a trip down and take some photos!

8AM – 3AM Daily
1840-1841
Caldwell House is built by architect G.D. Coleman for magistrate clerk H.C. Caldwell.
1852
Father Jean-Marie Beurel buys parcels of land on Victoria Street compound for a girls’ school.
1853
Father Beurel purchases Caldwell House for the Infant Jesus Sisters, for 4,000 francs.
1854-1859
The cloistered walls of the Convent are built on Victoria Street, Bras Basah Road and North Bridge Road. The building adjacent to Caldwell House is purchased, and later becomes the Orphanage. The First Chapel is built and consecrated in 1855.
1860s
Father Beurel buys more land (9 lots) between Victoria Street and North Bridge Road from the Raffles Institution. He conveys the land to Mother Mathilde to build a Convent and charitable institution.
1890s
The convent primary school is established with 167 pupils. Architect S. Tomlinson later adds extensions. The new building for the boarding department is opened in 1892, to oversee and manage all fee-paying boarders. Plans for the Gothic Chapel are also proposed. However, many years will pass before the ideas and concepts materialise into the actual building. This is due to several factors that include decision-making processes, fund-raising for the construction, and the time required to consolidate and complete a project of this scale.
1890-1904
The Gothic Chapel and the Gothic-arched linkways, proposed in 1890, are designed and built by French priest and architect Father Charles Benedict Nain. Architectural firm Swan and Maclaren oversee building and construction. The stained-glass windows, designed by Jules Dobbelaere, are imported from Bruges, Belgium in 1903. The Chapel is completed between 1902 and 1903, and consecrated on 11 June 1904. The boarding house along Stamford Road is concurrently built in 1892.
1904
The Entrance Gate pillars are added to the front of the Gothic Chapel.
1910-1913
A new building for a recreation hall and schoolrooms is added. This building will later become part of St Nicholas Girls’ School.
1929
The Dormitory is built adjoining the Orphanage.
1931
Hotel Van Wijk along Stamford Road (comprising four bungalows) is acquired and incorporated into the convent compound. In 1933, St Nicholas Girls’ School is established in these bungalows.
1950-1951
Three bungalows are demolished to build the new convent secondary school along Stamford Road. Architectural firm Swan and Maclaren oversee the construction.
1952
The gallery – assembly halls for the primary and secondary schools – is completed.
1963
The Boarding House is closed due to dwindling demand. Mother St John (Principal of CHIJ at the time) realises that society’s perceptions of a strict and regimented institutional upbringing were quickly changing with the times.
1970-1983
Redevelopment plans for the site are announced and the schools are relocated accordingly. St Nicholas Girls’ School moves out in mid-1983 to temporary premises, before moving to their present site at Ang Mo Kio. In December 1983, CHIJ moves to its present premises at Lorong 1, Toa Payoh. Final Mass is conducted on 3 November 1983.
1985-1987
The convent’s primary and secondary schools — their buildings and assembly halls — are demolished to make way for the headquarters of Singapore’s Mass Rapid Transit (MRT).
1989
The remaining CHIJ buildings are handed back to the government.
1990
The complex is renamed CHIJMES — a subtle combination of the convent’s acronym and the pleasing peal of its tower bells. The Gothic Chapel at CHIJ and Caldwell House are gazetted as National Monuments on 26 October 1990 under the Preservation of Monuments Act. The rest of the buildings – the Dormitory, the Baby House and the Cloistered Walls – are gazetted for conservation.
1991-1996
Extensive restoration work is carried out, with the introduction of a basement level and redevelopment of the Dormitory block, to convert CHIJMES into a major commercial complex. The site is interspersed with courtyards, open walkways, and cloistered walls. CHIJMES opens its doors to the public in 1996.
2002
CHIJMES is honored with a Merit Award at the UNESCO Asia-Pacific Heritage Awards for Cultural Heritage Conservation.
2011-Present
PRE 8 Investments Pte Ltd acquires the property. Planning begins to transform the 160-year old complex into a unique lifestyle venue that integrates history with modern-day stories. CHIJMES once again plays host, this time to the general public, offering an array of contemporary activities in a space that will forever be filled with a rich heritage, and a proud legacy. 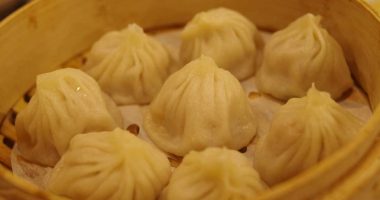 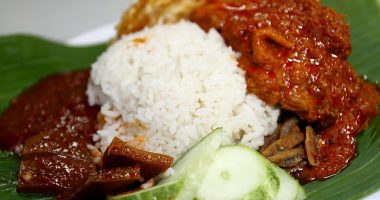 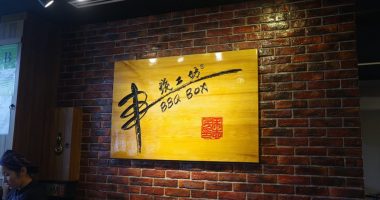 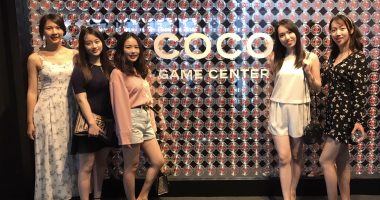 Remember last year’s Coco cafe beauty popup in Singapore? It was such…