Asia Singapore 11 Facts About Merlion That You Didn’t Know

11 Facts About Merlion That You Didn’t Know

The Merlion is the icon of Singapore. When people talk about Singapore overseas, most of them will commonly relate Singapore to the Merlion symbol. And, this is a perfect case study of successful marketing by Singapore Tourism Board over the years.

If you are curious about Merlion, here are some the little known facts about Merlion that you probably didn’t know (even Singaporeans).

Merlion is older than Singapore

You probably wonder why Singapore created Merlion. Merlion’s fish body symbolises Singapore’s origins as a fishing village and it is created to welcome all visitors to Singapore. It has been successful since its pilot launch.

Merlion survived a lightning strike! In 2009, Singapore’s Merlion Park is damaged by lightning during a thunderstorm. It was quite severe that parts of the statue dropped off near a group of tourists. Fortunately, no one was hurt. This incident was covered by quite a number of major news portal.

Japanese love Merlion! I don’t know why exactly though. Merlion has appeared in several Japanese anime like Cowboy Behop, Hajime Satō’s, Hidamari Sketch, Seitokai no Ichizon and more. Maybe next time, Singapore should invest in a Japanese anime to promote Singapore culture. See how PM Lee (Prime minister of Singapore) encountered a Merlion during his vacation here.

Singapore spent millions building the Merlion statues. The cost to build the original Merlion in Merlion Park is around S$165,000, but the relocation and expansion of Merlion Park are around S$7.5M. As expected the 37m Merlion in Sentosa is the most expensive and it cost S$8M.

What is Merlion made up of

Many wonder what Merlion is made up of exactly. To be exact, it has a lion head with the body of a fish. It is an imaginary creature designed by Fraser Brunner.

Merlion has an owner

Like most pets, Merlion has an owner too. Its owner is the Singapore Tourist Board.

Singapore is striving to be a smart nation. So does Merlion! The pop-art Merlion statue at RWS Sentosa will transform into a white Merlion sprouting water if you scan it using the Trickeye Museum AR App.

Hope you have fun with these facts about Merlion! If next time if you visit Singapore, be sure to check out the Merlion. You can’t say you visited Singapore without having a photo taken with the national icon.

Universal Studios in Sentosa is one of the most popular attractions for…
www.alwaysafriday.com 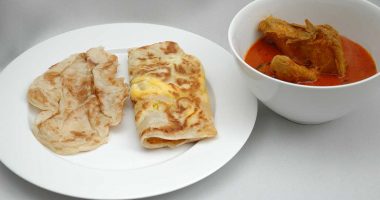 Roti Prata is an Indian-style pancake that is created in Indian Singaporeans.…

Macau is a paradise for food lovers. I have been told the… 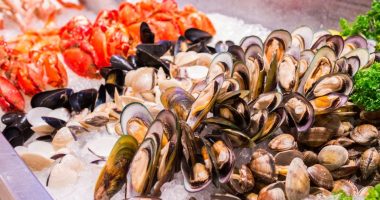