Top 10 Cheapest Cities in Asia For The Budget Traveler

With over 48 countries, Asia is unquestionably the world’s largest continent. While some of its countries like Singapore may be known for being pretty expensive, it still prides itself as one of the most affordable regions to visit. One of the best things about traveling to Asia is that it allows you to mix and match laughably cheap accommodations, eateries, and activities. In this article, we are going to rank the 10 cheapest cities in Asia for the budget traveler. This is based on the sleeping, eating, sightseeing, and public transport options available.

Since the reunification of the Vietnam capital in 1976, Hanoi has grown to be one of the fastest developing cities in Southeast Asia. It’s a wonderful base if you are looking to explore the Northern part of Vietnam. Apart from being known for its rich history, it’s also regarded as Vietnam’s cheapest city for backpackers. The city’s hostel beds are very cheap and so are the private rooms. This means you shouldn’t hurry into booking a bunk.

Laos is one of the few remaining Communist states in the world. Of all the cities in Laos, there is no single one that still has that colonial feeling and architecture than its capital, Vientiane. It is a low key city that features numerous ancient temples and exotic animals like elephants and gibbons. Thanks to the new hostels opening up in the area, Vientiane has proved to be a bit cheaper when compared to all the other cities in Laos and Asia at large.

Located on the southernmost part of Vietnam is Ho Chi Minh City (formerly known as Saigon). Unlike Hanoi, it is a bustling city packed with several restaurants, bars and mopeds. Also, it is a bit more modern and lively than Hanoi. The city is full of amazing sights ranging from street markets to French-style cathedrals. While the hotel and food prices are the highest here compared to other areas in Vietnam, it is still a great than anywhere else in the world.

Ever since the country opened doors to tourists in 2012, the former capital of Myanmar has become one of the best tourist spots in the region.  The city consists of several Buddhist temples, museums, and street markets that are interesting to any visitor. The accommodation and the food at the local restaurants are ridiculously cheap if you are traveling on a budget.

While Chiang Mai boasts of first-class amenities, it is regarded as one of the cheapest cities to live in the world. This mountain city has several waterfalls, elephant sanctuaries, busy markets, and hill tribes that make it impressive to visit. You can buy street food for as little as 1 USD and there are several budget activities that you can engage in including temple hopping, hiking in the mountains, and visiting elephant sanctuaries.

This old town is the most popular stop for tourists touring Vietnam’s interior. The town features the aspects of a perfectly preserved Chinese-style fishing village with some Japanese and French influences. You can choose to take a boat trip and tour the city on a budget or just chill by the beach and eat incredible food. What’s more? It is filled with cheap restaurants and dorms which are mostly in the town centre. It is also worth mentioning that the hotel rooms are also very cheap here.

From the fascinating Royal Palace to the orange robes of passing monks, Cambodia’s capital is a fast-rising destination for tourists.  Its convenient location has helped it to develop into an interesting tourist stop. The main attractions are all quite cheap including the numerous temples, markets, and the Royal Palace. And if you are looking for the best budget deals, you will have no trouble eating, drinking, and sleeping here comfortably for less than $30 a day.

India remains a budget travel destination as long as your tours are outside its big cities. Well known for its white sands and world-class beaches, Goa is one of the few popular beach destinations that have managed to stay affordable. While not all of it is cheap, you can easily see Goa for as little as $25 in a day. It is worth noting that most of the cheapest hotels here and entire India are in a class below “1-star”. Thus, it would be advisable for you to pay a bit higher for a nicer place.

This city was built as a staging area for tourists embarking on daytime trips to the Angkor Wat temples. Everything in this city is amazingly cheap except for the high price of attractions. However, overall it is still considered one of the world’s great budget tourist destinations and, in fact, home to the world’s cheapest hostel beds.

Despite being Southeast Asia’s main entry point and most popular destination, Bangkok continues to be a budget destination for travelers. All over the town, you will find plenty of cheap hotels for as little as $12 a night and satisfy your craving for Thai food for less than $5 a day. 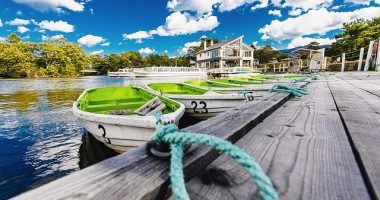 Are you planning to travel to Hokkaido during the winter season? Hokkaido,… 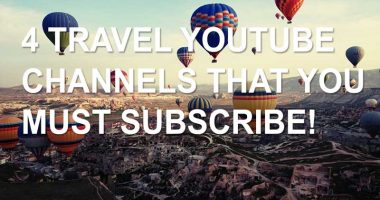 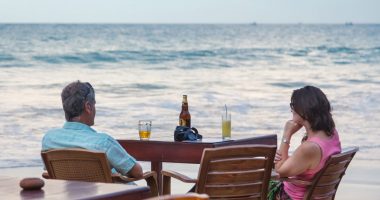 Do you enjoy travelling with your beloved? If you are on the lookout for… 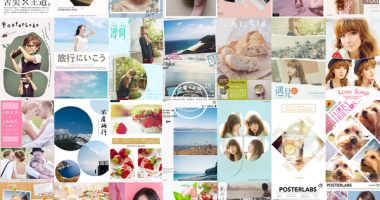 Every so often, we were impressed by the beautiful photos taken by professional photographers, and…