Australia 6 of the best surfing spots in Australia

6 of the best surfing spots in Australia

Australia is well-known as a surfer’s paradise, with well-known surf spots such as Copacabana Beach, Redbill Beach, Waitpinga Beach and Dicky Beach. But did you know that there is actually a fantastic surfing hot spot called Surfers Paradise in Queensland? If not, continue reading to discover six of the best places to surf in Australia, but be warned – this might just make you want to catch the next available flight to Oz!

On Queensland’s Sunshine Coast, Noosa is a haven for both experienced surfers and beginners alike. With five main surfing points in the National Park, including Tea Tree and Granite Bay, there is something for every kind of surfer. So, whether you are looking for a relaxing paddle or you want to catch a 200m wave, you will be able to do it here.

The Margaret River area is the perfect choice for the surfer who likes variety; containing over 84 miles of coastline and at least 75 breaks, you will never run out of things to do. Remember to take enough changes of clothing though, as you may want to check out some of the nearby restaurants, cafes and breweries after you have exhausted yourself surfing!

Of all the places on this list, Rottnest Island (or Rotto as it’s known to locals) has to be the most idyllic. This small island just off the coast of Perth offers crystal clear waters, whale-watching and quokka spotting; but with 63 beaches to choose from, this is the perfect place for anyone who loves to surf. Strickland Bay and Salmon Bay are two well-known breaks, but there are many reef breaks on both sides of the island, which are worth exploring.

South Cape Bay is Australia’s southernmost surf spot, but the only way to get to this beautiful Bay is by walking 7.7km through the World Heritage-listed wilderness. Since it is so far off the beaten track, you are pretty much guaranteed to get some quality alone time between you and the waves. This is the perfect location for surfers who love to have the sea to themselves!

Bondi Beach is one of the most famous beaches in the world, and it is Australia’s most visited. It is also one of the hottest surfing destinations in New South Wales and has even been officially recognised as a National Surfing Reserve. Known for being one of the best places for beginners to learn how to surf, Bondi boasts numerous surfing schools which will take you from beginner to pro in no time!

A list of the best places to surf in Australia would not be complete without this aptly-named seaside resort on Queensland’s Gold Coast. Famous for its golden beaches, party scene, skyscrapers and markets, Surfers Paradise is popular with tourists, backpackers and surfers alike. If you are in the area, you might want to check out the nearby Snapper Rocks – Kirra, Rainbow Bay and Duranbah, which are home to some of the best breaks on the Gold Coast and famous for hosting Quicksilver Pro events. 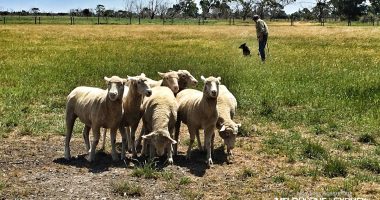 On our journey to Phillip Island, we stopped by Warrock Farm for… 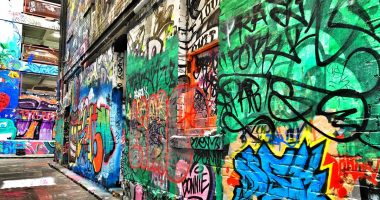 When I was in Melbourne 2 years ago, I am fascinated by…

When I was in Melbourne last november, one of the things that left…