The Best 5 Trekking Places In India

India is one of the most popular countries that tourists around the world love to visit. Apart from its culture, history, food and even the Taj Mahal, it also has extensive geographical features like the famous Mt. Himalayas – which is the world’s highest peaks. If you are someone who love nature and enjoy trekking, here are five recommended places you can consider when you visit India next time.

Ladakh Himalaya is one of the Himalaya ridges which is found at an altitude of 3850 mts. From here, people can relish the ancient Buddhist monasteries and isolated villages settled in the depths of the gorges valley of Trans Zanskar ranges. This area gives one an ultimate experience to walk on the river of Zanskar whose surface is covered by ice. This trek gives one an opportunity to shuffle along the Chadar that breaks and alters its color after every few hours on the river. What makes this trek conspicuous is its unbroken view of the entire surrounding area, its unusual campsites, caves and the ever changing Chadar. All these give trekkers a perfect experience. Try it, and I can bet that you’ll love it.

Markha valley is certainly the flavor of Ladakh. It is one of the most sheen places to trek in India and specifically in the Indian Himalayas. During the trek in this area, trekkers usually cross two Himalayan passes over 4575 m. They trek through different terrain ranging from the great narrow valleys to the very wide Vistas of Ladakh’s conspicuous infertile landscape. Markha Valley is also characterized by the Buddhist culture which trekkers experience in their trek. The ultimate feeling of its panoramic view ends with the well-known Hemis Monastery after crossing the Kongmaru La Pass.

Greetings from another planet. I mean, Ladakh, India. At around 4900 m (16000 ft) on the way to Nimaling, to sleep in a tent in -10 degree C temp! #markhavalley #trekking #ladakh #india #kangyaze #mountain #lake @avesu_veganshoes

This is another amazing lake in India. It harbors the fantastic views of the mighty Nanda Devi and the stunning meadows of Nandi Ghunti. Moreover, this scenery has human skeletons which make tourists to tour it out of curiosity. Want to know why there are so many human skeletons in Roopkund Lake? Then make a point of trekking there.

Do you like nature? Are you someone who loves geographical features? Then Pindari Glacier is your best place to trek in India. The area is found in Kumaon region of Uttarakhand in the northern state of India. The trek to this area commences with the picturesque village called Khati. This scenery is the origin of Pindar Ganga which forms the natural stream of the river of The Alaknanda. The significant length of the glacier, which is 3km gives the trekker a fantastic view of the peaks like the Panwali Dwar and the Maiktoli.

Himanchal in the Himachal Pradesh state is one of the most toured places in India and the world as a whole. The primary source of tourist attraction to this glorious and serene place is the sheen pristine snow clad mountains which are in the lap of Himalayas. The place has one of the best treks in the world known as the Hampta Trek. This trek is viewed as the most convenient and easiest as compared to the other treks in the area. Himachal has many trekking spots that every trekker will always long to see. These includes the lump sum snow which drowns all the tourists to the area. During this trek, the visitor crosses the amazing boulders which are followed by a bewildering and stupendous glaciers and snows. Trekkers have a chance to witness the valleys of Lahual and Spiti as they carry along this trek.

The above five areas form the epitome of trekking in India and if you love trekking, you can consider this 5 recommended places in India! 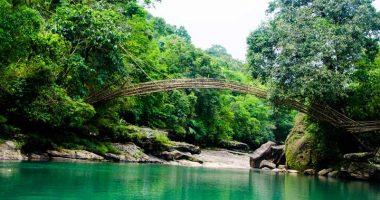 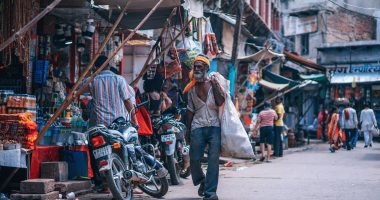 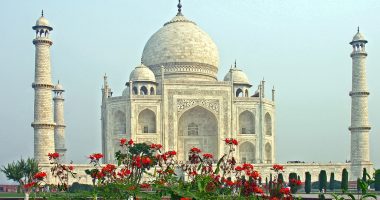 Your visit to India is incomplete without visiting the Taj Mahal. But…

With a diverse topography and a unique location, India is  home to…